Wow, April 28th came and passed, and nothing really seemed to be going on because of the COVID-19 mess we are in right now.

But, did you know that April 28th is actually a day of remembrance? In the United States, it is called Workers’ Memorial Day. In Canada, it’s called the National Day of Mourning. Internationally, it is a day to remember those who have died on the job. It’s also an encouragement to fight for better job safety.

Last year, I wrote how the Bureau each year at our educational conference recognizes workers who died in Tennessee during the year. We might not have the conference this year, so I wanted to take the time to remind you about it. As a judge, one of the saddest aspects of my job is when parties appear for a trial or settlement involving a death, and I’m sure the dependents would much rather have the person back than any monetary benefit they receive.

I’ve also written about the National Law Enforcement Officers Memorial in Washington, D.C. and how important it is to remember the losses and support those still living and risking their lives for our safety.

This all reminded me about a trip my family took to Las Vegas a few years ago. While we were there, we went to the Hoover Dam. It is a magnificent piece of engineering, and I encourage you to go sometime. While there, I also encourage you to visit the memorial for those who died building the dam. Although no one died due to concrete pours, 96 workers died from accidents during construction, including a father and son. The memorial is a sculpture by Oskar Hansen that reads, “They died to make the desert bloom.” It is a fitting memorial to those who died for the progress of the American southwest.

So each April 28th, let’s try to remember those who died while at work, and let’s strive to make our own workplaces and those of people we know as safe as possible. 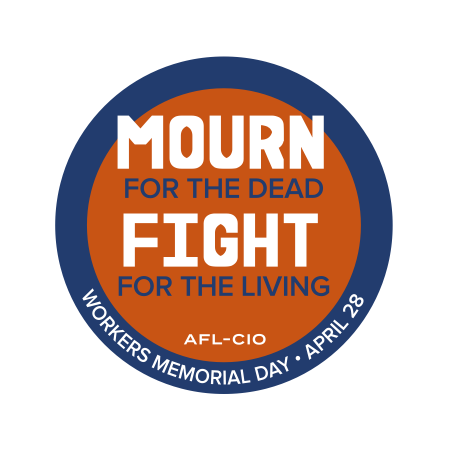