I was sitting in our car in Nashville years ago when I heard a catchy tune from Paul Simon, Slip Sliding Away.

I later learned the Oak Ridge Boys backed him up. I really liked that song, but I was used to hearing the Oak Ridge Boys sing gospel. I was just ten years old and hadn’t realized they switched from gospel to country music. I soon realized from talking to other kids and parents that it was kind of controversial. I asked my Dad about it, and he said, “Things change, son. They’re still good boys.” This then made it fine with me.

Things change all the time. Sometimes we like the changes; sometimes we don’t.

The more I think about it, the less convinced I am that smart phones are a good thing. People talk to each other less often and write things in texts and emails that they would never say in person. They walk with their heads down and miss the beauty around them. Daily, I see people looking at their phones while driving. I’m not immune from the lure of the screen. I realized, sadly, that I’d had a conversation with co-workers the other day at lunch and never looked at them. (Of course, some of them weren’t looking at me, either.)

Sometimes, though, change is for the better.

For example, recently an uproar happened in Australia when Bunnings Warehouse, a hardware chain, changed the way it served sausages during its fundraiser events. They started putting grilled onions beneath the sausages on the bun instead of on top. Now, I like my onions on top, too, so the news piqued my interest.

Do you want to know the reason for the change? Occupational health and safety concerns. Yes, you read that correctly. They were afraid that onions would slip off the dawgs and become a safety hazard on the floor.

When people called a radio station to complain about the change, a caller asserted he had slipped on onions at Bunnings and hit his head on the concrete floor. Essentially, Bunnings updated its policy over real-world concerns for safety, even if it meant offending onions-on-top customers.

Closer to home, I couldn’t find a Tennessee workers’ compensation case where an employee was injured because the worker slipped on onions. But I did find one in Arkansas, Flores v. Walmart, and one in New Mexico, Levario v. Ysidro Villareal Labor Agency. So onions on the floor are a very real potential workplace hazard, and Bunnings was smart to change its policy, regardless of whether everyone agreed with or understood the change.

So the next time you enjoy that hot dog, taco, nachos, sandwich, or any other food that has many ingredients that keep slipping off and onto the floor (I’ll take some liberty with the lyrics and say) and that the nearer the destination (your mouth) the more they keep slip sliding away  ̶  try to invent a way to keep that safety hazard from happening, and see how people respond to it. At least you won’t be hungry figuring it all out. 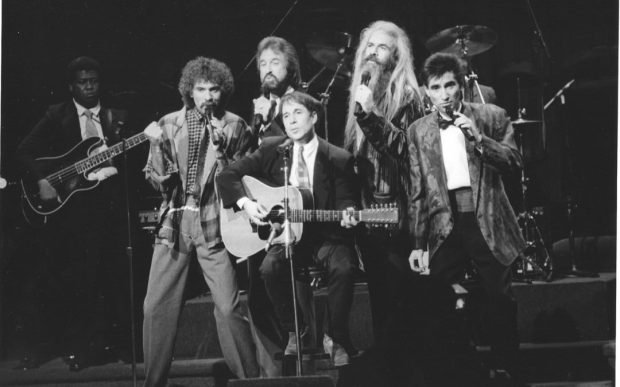 2 thoughts on “Slip sliding away”