A thousand orders ago, we formed a vision of what the Court would look like and where we would be in five years. Our goal was to operate in a fashion very similar to the state trial courts. We envisioned a court that:

We sincerely and humbly submit that our vision has become reality.

That reality has not come without a few bumps in the road. The practicing bar has been very patient with us as we developed a body of law interpreting the new statute with guidance from an extremely efficient and highly-qualified Appeals Board. Admittedly, it was difficult to change the perception that we were “just” an administrative hearing panel where anything goes and all paper is accepted, to the idea that we’re a court that follows the same rules as the state trial courts.

Not long after Judge Tipps issued order number 1,000, Judge Deana Seymour issued order 1,001. Also, Judge Joshua Davis Baker became the first judge to issue his 100th expedited or compensation hearing order last week. Both our Court and the Appeals Board will celebrate our fifth birthdays this summer. And of course, as mentioned in previous posts and will be highlighted at the Bureau’s upcoming educational conference in June, the Workers’ Compensation Law is 100 years old this year. In sum, 2019 looks to be a year full of exciting benchmarks for the Tennessee Bureau of Workers’ Compensation.

As the Court works toward the next thousand orders and the Bureau seeks to fulfill the promise of workers’ compensation for the next 100 years, we want to pause and thank the practicing bar for their input, courtesy and continued fine advocacy. We on the Court know you don’t always agree with our decisions. We hope you always feel you received a full, fair hearing and were treated with respect. 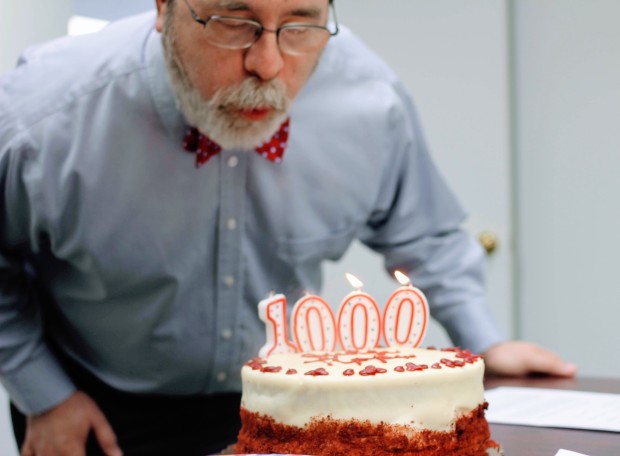