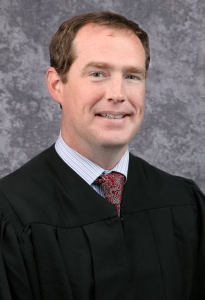 The federal government established a means for parties to settle medical benefits in what is termed a Medicare Set-Aside Arrangement or “MSA.” These arrangements are submitted to and approved by Medicare (if you have the patience to wait long enough) and cover what is anticipated to be the medical costs the injured worker will sustain for the remainder of his or her life. They’re a way for injured workers to manage their own health care with Medicare approval, but they require strict accounting of settlement funds so that the injured worker uses the money for medical reasons.

We on the Court of Workers’ Compensation Claims don’t want to stand in the way of parties making this type of arrangement, especially when Medicare approves them. However, our interests and the interests of Medicare are separate. We want to ensure that injured workers receive substantially the benefits to which they are entitled and also are fully informed of potential consequences of closing their medical benefits with respect to both Medicare and Tenncare. Whereas Medicare wants to make sure it doesn’t pay for medical treatment that an insurance carrier should pay.

As a state court, we can’t say that the MSA is appropriate or not because, believe it or not, we just don’t know. Medicare has its own rules and regulations, which are subject to change.

So, are we against MSAs? Absolutely not. Will we approve an MSA? Nope. We can’t approve it; that’s up to Medicare.

Rather, what we can do is approve a settlement closing medicals that has a reference to an MSA. The templates the Court developed for these types of settlements contain language concerning the possible impact of the arrangements as they relate to future payments by Medicare. Tennessee Code Annotated section 50-6-240(d) (2016) requires that any employee closing future medical benefits is “informed of the consequences of the settlement, if any, with respect to Medicare and TennCare benefits and liabilities.” For this reason, the Court requires the parties to include only the template language concerning Medicare.

When referencing the existence of an MSA, the parties should include the following language:

The parties have entered into a Medicare Set-Aside Arrangement contemporaneously with this settlement. The parties acknowledge that the Court has not reviewed or approved this arrangement.

We would add “Godspeed and good luck,” but that would just be piling on.

Sometimes there is a fear that Medicare may change its mind about this MSA thing. As mentioned previously, they have their rules and regulations but no real safe harbor (a statement that could be made that would for all time ensure Medicare will never come back for more money.) So, in those instances, the parties might want to include the following:

The parties have considered Medicare’s interest. The parties agree that this is not an attempt to shift responsibility for Employee’s future medical benefits to the federal government. The parties further agree that the amount of this settlement, less than $250,000, does not reach the threshold to require consultation with Medicare. Further, the Employee does not expect to enroll in Medicare with the next thirty months and does not have end stage renal disease.

We have approved language such as this just to let everyone know (who are we kidding? Just Medicare) that the parties considered what Medicare wants them to consider when closing medicals.

So, while we do our thing, we are willing to help parties out. By using our language, we think we can keep everyone happy. 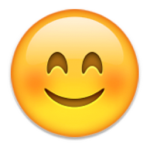