Welcome back to our annual year-in-review series of articles. This post will look at last year’s Appeals Board cases on compensability, defenses, civil procedure, evidence, and fees.

Next, in Kent v. Delatorre Art Design, the Board upheld the trial court’s conclusion that an artist hired to create artificial rocks for a zoo exhibit was an independent contractor rather than an employee. The Board found it significant that the claimant was a resident of another state, who agreed to come to Tennessee for the purpose of completing a single project that was known to be temporary work.

As for the cases involving defenses, the Board examined the election-of-remedies doctrine in a pair of fact-intensive cases.

The Board affirmed the lower court decision that employees sought benefits elsewhere in Girardeau v. Danny Herman Trucking. A husband and wife, both injured, hired an attorney in another state, filed claims, requested and attended hearings, and received a decision compelling them to attend a medical evaluation there.

In Goodwin v. Morristown Driver’s Servs., the Board held that, although the employee failed to establish jurisdiction in another state, he nonetheless elected to pursue his claim in that state, where: 1) the employer’s only provision of workers’ compensation benefits was made under Tennessee law; 2) the employee was fully aware that Tennessee was a possible jurisdiction and chose to pursue benefits in another state; and 3) he and his counsel in another state fully participated in that state’s process, engaging in extensive discovery and participating in a hearing.

As for the notice defense, the Board concluded that a worker gave timely notice when his employer had actual knowledge before his last day of work that he was concerned about lead levels in his blood and wanted to see a specialist, the physician didn’t mention “occupational exposure to lead, with possible toxicity” until a date within 30 days of the employee’s last day worked, and the worker learned that his occupational exposures were the primary cause of his medical condition within six days of the date he filed his petition for benefits. The case is Wilson v. O.G. Kelley and Co.

Turning now to the statute of limitations, cases presenting this issue often fell in the context of motions for summary judgment.

Bush v. Stones River Ctr./RHA Health Servs. is instructive regarding the parties’ burdens at the summary judgment stage. The Board held that an employer met its burden of production on its motion for summary judgment by asserting, without contradiction, that the employee’s petition for benefits was filed more than one year after the alleged injury and that the employer made no voluntary payment of benefits that would extend the time for filing a petition. Thus, the burden shifted to the employee to demonstrate the existence of a genuine issue of material fact regarding the timeliness of her petition.

In Morgan v. Lockheed Martin Corp., the Board affirmed the trial court’s denial of summary judgment in an occupational-disease case.
“}?\The employer argued the statute of limitations barred the claim because the employee received an impairment rating and benefits for his federal-law claim in 2016. The Board disagreed, holding that a worker’s anatomical impairment rating is a factor for courts to consider but by itself it doesn’t establish that the employee is “incapacitated from working” under the statute.

In Judy v. Covenant Transp., the Board affirmed the trial court’s grant of summary judgment, holding that proof of an alleged last voluntary payment must establish the relationship between the payor and the employer or its carrier.

The “filing” date was critical in Vickers v. Amazon. The Board held that a petition for benefit determination commences a cause of action when it’s filed with the clerk of the Court of Workers’ Compensation Claims. An email sent to a Bureau ombudsman, even if a petition is attached to the email, doesn’t comply with the filing requirements.

The Board considered the discovery rule in Linsey v. Acadia Healthcare Co. The Board held that, where an employee requested and received medical care, she acknowledged she sustained physical injuries as a result of the attack, and her psychologist diagnosed her with PTSD the same month in which the assault occurred, her statute of limitations wasn’t tolled as to her alleged mental injury.

The Linsey case came before the Board twice. The first time, the Board vacated a denial of summary judgment because the trial court didn’t identify the disputed facts, make clear how an asserted doctrine applies, or mention an argument discussed by both parties on appeal.

Likewise, in King v. Kasai N.A., Inc., the Board reversed the trial court’s denial of summary judgment, holding that the disputed issues of material that the lower court identified weren’t material to the essential element of the employee’s claim that the employer sought to negate.

As to summary judgment and the moving party’s burden, the Board held that where the court determined the employer didn’t produce sufficient evidence to negate causation and the court didn’t address whether the employer affirmatively demonstrated the absence of evidence in the record to support summary judgment, the case had to be remanded for a determination of the latter in Watts v. JTEKT N.A.

In Cosey v. Jarden Corp., the Board ruled that, although neither party disputed that the employee suffered a compensable injury, and the documents the employer filed in support of summary judgment indicated the employee’s injury more probably than not arose out of the employment, if the employee fails to raise any issues on appeal, the trial court’s dismissal must be affirmed.

Since we’ve just looked at summary judgment cases, let’s keep going with other cases that involved the Rules of Civil Procedure and in particular discovery.

A pair of cases presented an issue of first impression. The Board resolved a split between two trial courts regarding an employee’s right to have a physician electronically present at an independent medical examination. The Board held that “present” means physically present. The cases are Williams v. CoreCivic and Caldwell v. Fed’l Mogul Motorsports Corp.

In another IME case, McLaurin v. AT&T Servs., the Board held that, where the employer obtained an examination of the worker by a physician of its choice, and then sought to obtain another opinion because the physician announced his impending retirement, the trial court correctly denied the request because the doctor didn’t state he would be unavailable but rather if he were going to see her, it would need to be before he retired, and the employer still had a reasonable opportunity to depose its physician or obtain his opinions in another admissible form.

Another noteworthy discovery ruling is Tennyson v. Saver’s Painting and Wallcovering, where the Board held that neither the Bureau’s rules on discovery nor the Rules of Civil Procedure require participation in mediation before one party may depose another. The Board also found an abuse of discretion when the trial court limited the deposition to an hour.

Moving on, probably the weightiest evidence decision from the past year was Ailshie v. TN Farm Bureau Fed’n. In the case, the Board rejected the employer’s argument that a physician’s impairment opinion is inadmissible because she had no formal training in the AMA Guides and at her deposition was purportedly unable to explain her conclusions. The Board further rejected the employer’s contention that the opinion was inadmissible under McDaniel v. CSX Transp., in which the Tennessee Supreme Court stated that an “expert’s opinions are [to be] based on relevant scientific methods, processes, and data.” The Board agreed that the doctor’s testimony supported a finding that she had applied the Guides’ methodology, and an inability to recall details during her deposition didn’t make her opinion so untrustworthy to be inadmissible.

In Bauknecht v. Five Star Quality Care, an employer wasn’t able to rebut the presumption of medical necessity with a utilization review report, when that report was never offered into evidence at the expedited hearing. The employer also sought to introduce an affidavit from the Bureau’s medical director, but it didn’t comply with the court’s rule for submitting evidence ten business days before an expedited hearing.

On a similar note, in Foster v. Andy Frain Servs., the Board reminded that it won’t consider evidence that wasn’t introduced at the evidentiary hearing.

Our last topic is attorney’s fees. In Hardin v. W.A. Kendall & Co., the Board reversed a fee award because the Court made it without holding a hearing and the employer had requested one.

Finally, in Travis v. Carter Express, the Board reversed an interlocutory award of attorney’s fees for the wrongful denial of benefits, where medical evaluations and treatment were on-going, no medical depositions had occurred, discovery had yet to take place, and the case involved an unsettled point of law. 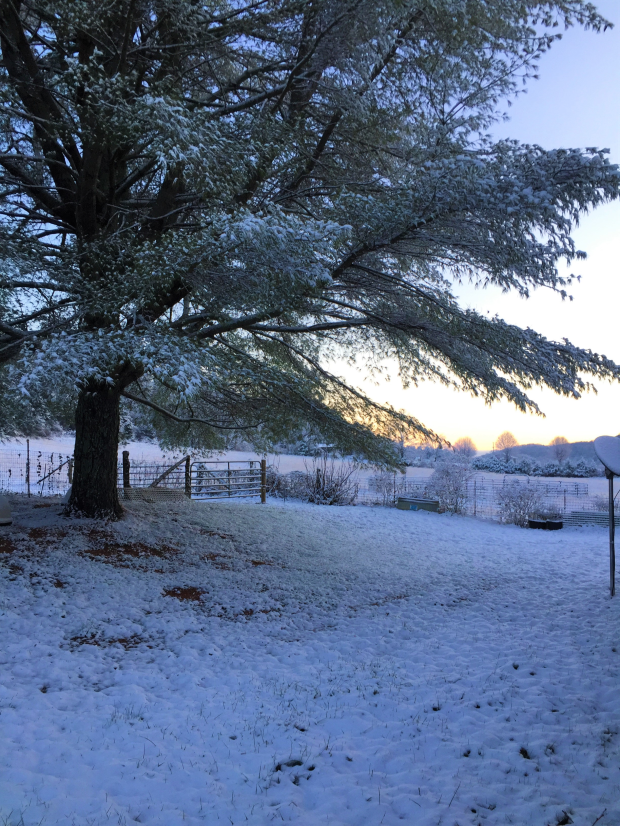