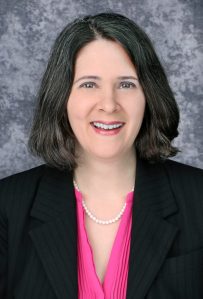 From the employee-appellant’s perspective, the Bunton facts illustrate what the Mitchell dissent predicted: the four-factor test, which does not require a determination of whether the injured worker’s conduct was “perverse,” could preclude benefits where “the employee’s behavior is no more than negligent, reckless, or the result of bad judgment.” Mitchell v. Fayetteville Pub. Utils., 368 S.W.3d 442, 457.

In Bunton, the employee placed his hand inside a machine while it was operating to clean out a clogged drain. His hand became trapped. The parties disputed whether he pressed an emergency stop button before placing his hand in the machine; the employee testified that he did so, but no one witnessed it. The employer relied on videotape of the incident, which it argued proved that the worker didn’t stop the machine nor did he follow safety rules.

“[H]e made a mistake,” said Zachary Wiley, Bunton’s counsel. “He made an error in judgment; he was negligent; he was sloppy; he was maybe even reckless. Should that be enough to defeat a comp claim?”

Wiley, of Morgan & Morgan in Nashville, contended Mitchell is problematic precedent and causes denials that are incongruent with the “grand bargain” when injuries occur from foolhardiness rather than perverse defiance of safety policy. He suggested “there can be no misconduct where an employee is acting for the employer’s interests” as opposed to self-interest.

The trial court, Chief Judge Kenneth Switzer, held that Sanderson Pipe proved its willful conduct defense under Mitchell. Specifically, Bunton amputated his fingers when he intentionally, inexcusably placed his hand inside moving machinery despite knowing both Sanderson Pipe’s policy against it and the danger of violating that policy, which Sanderson Pipe enforced.

Bunton told co-workers he thought he had it “timed right” to insert his hand and clear the machine’s drain without incurring any injury. Although he testified at trial that he stopped the machine before placing his hand inside, the trial court found otherwise.

Senior Judge Robert E. Lee Davies commented that it could be called a “dumb guy move,” presumably a move where bravado has prevailed over better judgment. But counsel for Sanderson Pipe steered away from that characterization. “[W]hen we say ‘dumb guy,’ that sounds like negligence,” said Catherine Dugan of Peterson White in Nashville. “To my perspective, this is not negligence. This is not even recklessness; it’s a volitional thumbing his nose at a safety rule, [which] he testified he knew and was even common sense, because he thought he could time it right.”

“This is his one remedy here,” said Wiley. “But his conduct is put under a microscope, and there are all these questions asked about whether he followed this policy to the T.”  Wiley said that, theoretically under Mitchell, an employer can create a safety rule for any potential accident and then deny liability when an employee injures himself by not executing a task exactly as the employer’s policy demands.

Wiley acknowledged that the Panel can’t overturn Mitchell, which was a full-court decision. But he asked the Panel to resolve the “latent ambiguity” present in its application by clarifying that “Mitchell did not eliminate the intent requirement” and that trial courts should apply its test but also “inquire into what was the motivation, what was the intent, what was the reason for the misconduct.”

“Where I differ with the trial court is this finding of intent,” said Wiley. “The trial court said, ‘Okay, the intent in this case was met because he intended to reach his hand into the machine.’ I think that’s a narrow construction of intent[.]” Dugan disagreed, asserting the trial court found Bunton reached inside after intentionally failing to stop the machine, which violated policy.

“Mitchell is not a departure from the history of how the workers’ compensation system is supposed to work and the grand bargain,” she said. “Rather, it’s a framework that gives us an objective means of evaluating these types of offenses.”

“I think the Court made an effort [in Mitchell] to simplify the law that has subsequently been perhaps applied in a way that the Court did not intend,” said Wiley.

Chief Justice Jeffrey Bivins asked if it isn’t “just as likely” that willful-misconduct denials have increased because the law no longer requires remedial construction rather than from “some misinterpretation of Mitchell.”

Wiley responded, “I think that is a factor…. I think the combination … illustrates why this has become such a problematic precedent.”