If you were a child of the 1950s and ‘60s, you probably grew up watching Larry, Moe and Curly (or Shemp), otherwise known as the Three Stooges. Younger lawyers may not have enjoyed this enrichment during their formative years since, as I understand it, more modern and enlightened parents banned Three Stooges films because of the Stooges’ propensity to strike each other with hammers and frying pans and poke each other’s eyes.

One of my favorite Three Stooges films growing up was “Disorder in the Court.” It proved to be my introduction into my future career as a trial attorney and judge. Later, it inspired what critics are sure to proclaim as a front-runner for Best Film at next year’s Oscars.

For the first time this year, the Bureau of Workers’ Compensation’s Annual Educational Conference will offer attending lawyers three hours of dual CLE credit. Lawyers may get an hour and a half of dual credit by attending the American premiere of the internationally acclaimed short film, “Disorder in the Court of Workers’ Compensation Claims.” On Thursday, June 7, the film starts at 10 a.m. at the Embassy Suites in Murfreesboro. You might want to arrive early to secure a seat and clamor about the red carpet. The characters in this film are acted by a little-known (some say for good reason) ensemble of actors held in the genre of courtroom satire as the “Never Ready for Prime-Time Players.”

See Judge Robert Durham reprise his real-life role as a defense attorney in Middle Tennessee. Try to guess which actual judges inspired my role as Judge Billy Jefferson. Watch as Judge Pamela Johnson springboards her role as the wife of an injured employee into this generation’s next (formerly blonde) bombshell. Last, but not least, see why many are saying that Judges Joshua Baker and Brian Addington should have become plumbers instead of judges.

Lawyers, look past the dazzling cinematography and dramatic dialogue to find the subtle examples of questionable professional and judicial conduct that are artfully depicted in this film. You’ll walk away from this film as both a better person but also a more ethical lawyer.

Tomorrow: Check in for another preview of the Courts’ programming at the Educational Conference. 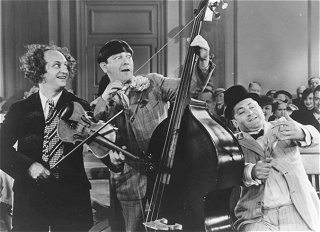