17 Aug 201625 Aug 2016
By Judge Brian Addington, Kingsport
Boy, has it been hot! I cannot remember a hotter summer, although the record books say some recent years were just as steamy. I like to stay indoors when it gets this warm and try to think about cooler days. Which leads me to the song, “Baby, It’s Cold Outside,” written by Frank Loesser, of “Guys and Dolls” fame. My first real exposure to the song was in the movie “Elf.” During winter months, I find myself unconsciously saying out loud, “Baby It’s Cold Outside” when I hear the ending of the song in a store or on an elevator. 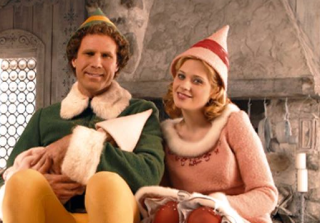 Just like in the song, there is a real question in most folks’ minds about safety when the weather gets bad. Should I stay, or should I go? (That’s another song, actually.) Some folks deal with the cold and crummy weather better than others. My northern friends are shocked when schools let out for an inch of snow. Up there, apparently they just ride their snowmobiles to school.

These folks don’t have anything on my grandparents, however. You see, they walked to school uphill, both ways, in four feet of snow. They only had a small coal stove in the one-room schoolhouse they attended, which was budgeted with one piece of coal each day. When the pipes froze, they just grabbed icicles off the roof and used them for water. They played Patty Cake, not for fun, but to ward off frostbite.
On a serious note, falling injuries increase when it gets cold. Slip-and-falls can lead to significant injuries, and therefore it is incumbent on both employees and employers to treat them seriously.
In Williams v. Suburban Manufacturing, Mr. Williams slipped on ice as he entered the plant where he worked. He told his supervisor about the incident but did not request medical treatment. The supervisor did not fill out an incident report. Mr. Williams sought medical treatment without discussing it with the employer. The outcome of the case was that trial judge found Mr. Williams suffered a permanent partial disability as a result of the accident, but denied temporary benefits and payment of medical expenses because he failed to prove the term of temporary disability and he failed to discuss treatment with the employer before incurring medical expenses. Both parties appealed, but the Special Panel affirmed the trial court.
It appears both parties could have handled the situation better. Ultimately, Suburban was scolded for failing to give a panel of physicians, and Mr. Williams did not obtain some benefits he might have otherwise. (For a look at how the Appeals Board generally views liability for unauthorized medical expenses under the Reform Act, see Hackney v. Integrity Staffing Solutions, Inc., et al.)
Inclement weather can also lead to injuries when employees just try to make their way to work. Recently, the Court of Workers Compensation Claims issued a decision in Dugger v. Home Health Care of Middle TN, which followed prior case law in determining an employee on her way to work, who suffered injuries in a car wreck due to poor road conditions, did not present sufficient evidence from which it could conclude she was likely to succeed at a hearing on the merits. The Appeals Board affirmed this interlocutory order. Later, the trial judge granted the employer’s motion for summary judgment. This case is not over, as Ms. Dugger appealed the dismissal to the Supreme Court. Stay tuned for further developments.
When it’s cold outside, remember to be aware and take extra time as you navigate your way to work and when you’re on your employer’s property. Lessons to remember because soon we will all be saying/singing, “Baby it’s cold outside.”