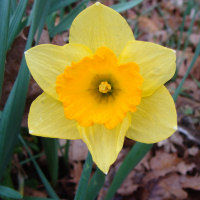 Welcome back! Last week, we started a look backward at the opinions from the Tennessee Workers’ Compensation Appeals Board from its first year. We began with the court’s very first opinion from October 2014, and chronologically covered roughly the first five months. In this post, we’ll discuss opinions from spring 2015.
As you’ll see below, the Appeals Board made some significant rulings in a few short months. Keep in mind, however, that, every Appeals Board opinion is binding on our court and practitioners, and therefore all opinions are essential reading for all who appear in the Court of Workers’ Compensation Claims. This blog post should be in no way construed as legal advice, nor does it substitute for legal research, or serve as any type of authority to be cited in court. It’s meant for its newsworthy value only.
With the disclaimer out of the way, let’s pick up where we left off in March 2015, when the Appeals Board discussed the standards for weighing conflicting medical expert opinions in Brees v. Escape Day Spa & Salon.
March concluded with the release of McCord v. Advantage Human Resourcing, which was the subject of a previous blog post written by Chief Judge Kenneth M. Switzer. Although just about every opinion has some new, noteworthy nugget (therefore, again, read them all in their entirety!), McCord is chock full of them. The Appeals Board held that an employee need not prove each and every element of his or her claim by a preponderance of the evidence at an expedited hearing to be entitled to temporary disability or medical benefits, but must instead present evidence sufficient for the trial court to conclude that the employee would likely prevail at a hearing on the merits. Further, mere notice of an alleged workplace accident, in and of itself, is insufficient to trigger an employer’s duty to provide medical benefits. The Appeals Board further concluded that, “[r]eliance on precedent from the Tennessee Supreme Court is appropriate unless it is evident that the Supreme Court’s decision or rationale relied on a remedial interpretation of pre-July I, 2014 statutes, that it relied on specific statutory language no longer contained in the Workers’ Compensation Law, and/or that it relied on an analysis that has since been addressed by the general assembly through statutory amendments.”
Just a few days after McCord, in April, the Appeals Board dismissed an untimely filed appeal in Bates v. Command Center, Inc., and subsequently in King v. Letica Corporation. Deadlines are critical in our courts. April also saw the release of Ellis v. A Air-One Service, the Appeals Board’s first look at the illegal drug use defense.
May yielded a pair of substantial rulings for practitioners and parties alike. First, in Dorsey v. Amazon.com, Inc. the Appeals Board vacated a portion of the workers’ compensation judge’s order for a new panel of physicians because the parties didn’t ask the mediator to certify the sufficiency of the panel as an issue for adjudication on the Dispute Certification Notice. Second, in Hadzic v. Averitt Express, the Appeals Board held that the plain language of Rule 0800-02-21-.14(l)(a) of the Tennessee Compilation Rules and Regulations requires a party to file an affidavit in support of a request for expedited hearing, regardless of the party’s intent to testify at the hearing. By the way, those rules are available here; they’re a must-read. May concluded with the release of Nance v. Randstad, the Appeals Board’s first opinion involving an alleged deviation from work duties.
Next week, we’ll conclude this series with a look at summer’s Appeals Board opinions. In the meantime, enjoy what’s left of the season.