When Judge Marshall L. Davidson, III, reported for his first day as presiding judge of the Tennessee Workers’ Compensation Appeals Board, he entered the building and asked the guards how to find the appellate court clerk’s office.

That’s when it really sunk in that Judge Davidson was taking on a brand-new appellate court, starting from square one.

“I decided we needed to hire a clerk right away, and we did,” he recalled with a laugh. “We had to be ready because due process wasn’t going to wait for us to get all the pieces in place before the first case arrived.”

Fast-forward to December 2019, and the Appeals Board, under Judge Davidson’s leadership, has issued over 400 opinions. Unlike any other court in the state, the Appeals Board has tight deadlines imposed by statute for the Board to release decisions; the Board has never missed a deadline and often issues its opinions well in advance of those timeframes. The opinions are highly regarded among the legal community for their excellence. In fact, three opinions that were appealed to the Supreme Court’s Special Workers’ Compensation Panel were adopted in whole by those panels. In addition, over that time, the Board was instrumental in changing the law to allow for oral argument and has conducted numerous oral arguments across the state.

In sum, during Judge Davidson’s tenure, the Board has accomplished a great deal in little time.

So it comes as no surprise that the Bureau of Workers’ Compensation is going to miss Judge Davidson tremendously when he leaves the Board to become Disciplinary Counsel for the Tennessee Board of Judicial Conduct on Jan. 1, 2020.

From staff attorney to presiding judge

Judge Davidson was born in Michigan but moved to Tennessee at age 12. He graduated from Lebanon High School followed by Middle Tennessee State University, and then a J.D. at the University of Tennessee in Knoxville. He served in the military throughout his education. Judge Davidson spent a couple of years in private practice and then accepted a position with the Tennessee Supreme Court as a staff attorney in 1992.

The job gave him an incredible vantage point on the legal system. “We worked on cases ‒ appeals ‒ from every court, both trial and appellate, from every county in the state. I like to describe it as this enormous legal buffet. One day I might be working on a first-degree murder case. The next week, it might be a divorce. The next week, a multi-million-dollar UCC dispute ‒ or a workers’ comp case.”

As a court of last resort, the job often entails helping the justices figure out the answer when there was no clear answer. But, he said, the job also gave him an appreciation for the high quality of Tennessee’s judiciary, as well as the complexity of the system and how the various parts all work together so well.

Judge Davidson assisted the high court with McIntyre v. Balentine, a 1992 case that adopted comparative fault in Tennessee. It updated the state’s tort law in “major ways,” he said, noting, “That one case has had more of an impact on the law of torts than any other single decision in Tennessee history.”

Looking back on his current role as presiding judge, he said it’s been a “blast” working with Judges Tim Conner and David Hensley on the Appeals Board.

“We bonded early, which, looking back, was key to our successful working relationship,” he said. “We have a lot of cases, and sometimes we have strong disagreements about how the law should be interpreted or applied in a given case. We can go at it, over the phone and in emails. We scratch and kick and fight like brothers. But when it’s over, it’s over. And it’s never personal.

“In my experience, allowing disagreements about the law to become personal will undermine the camaraderie needed for an appellate court to operate well.”

He said Lasser v. Waste Management, a case involving whether an employer may assign an injured worker with restrictions to work for a local nonprofit, was memorable during his time on the Board. The case drew three different opinions, including Judge Davidson’s dissent.

Dissents are infrequent for the current Board. “If I write separately, it’s because I feel like that issue is impactful and doesn’t just affect that case. It’s something system-wide that needs to be addressed,” he said.

Thinking about the litigants, although he rarely sees them, keeps Judge Davidson grounded. He explained, “It’s easy to get into a rut as an appellate court where you think, ‘We’re an opinion factory. Briefs go in one end; opinions come out the other.’ But when I start to get that feeling, I just remind myself that behind every case name and docket number, there are real people with real problems there. And but for the grace of God it could be me or my family.”

As Disciplinary Counsel with the Tennessee Board of Judicial Conduct, Judge Davidson will return to the role of practitioner. “It’s going to be a huge change for me, because for decades now, I’ve not been an advocate,” he said.

The Board of Judicial Conduct receives over 400 complaints per year against the state’s roughly 900 judges, both trial and appellate, and each one must be investigated. Like most cases in general, most ethical cases involving judges are resolved without a trial. In addition to prosecuting the cases, a significant part of the job is to educate judges on what they can do ethically. “That’s probably the part I’m going to enjoy the most,” Judge Davidson said.

Judge Davidson brings a wealth of teaching experience to his new job. He has taught at the Nashville School of Law since 1992 and will teach a workers’ compensation course at Belmont Law School next semester as well. 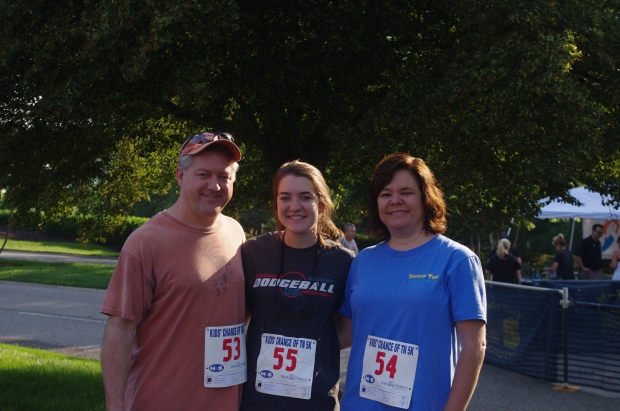 Judge Davidson looks forward to returning to a more active role in his longtime CASA (Court-Appointed Special Advocate) volunteer service once he leaves the bench. He and his wife of 33 years, Salena, partnered on cases involving abused and neglected children, but he had to forgo directly working with children once he became a judge.

When doing this work, “You realize the extent of the dysfunction that’s all around us: crime, poverty. And the kids bear the brunt of it,” he said. “You go into it thinking you’re going to impact a child’s life. What I’ve found is it’s often just the opposite: They leave a lasting impression on you.”

On a final note, and of particular importance to his future adversaries as disciplinary counsel, be advised that although Judge Davidson has a calm demeanor, he also participated in youth hockey for 16 years. It brought out his scrappy side.

“At times I led the league in scoring but also minutes spent in the penalty box, mostly for fighting. League officials went to my parents and said, ‘If he gets into one more fight, he’s banned for life,’” he recalled with a smile.

“Hopefully I’ve matured a little since then.”